I’m roughly in the final quarter of my third draft (which might as well be a first because it is a complete re-write) and I’ve reread some of my stuff and I’ve noticed a bunch of inconsistencies. This brought me to wondering about plot holes and this is what I have found out during my search.

But what is a plot hole? A plot hole can be an inconsistency in your novel, or an unanswered question of sorts that isn’t done on purpose as some sort of cliffhanger. Here are other ways of finding out if you have a plot hole:

A well-liked, or particular quirky character goes off on a subplot mission. We never hear from them again. In some cases, this can be okay. In reality things do not always go according to plan. In the world of fiction, however, things can be smoothed out better. It might be okay to leave the character to dissapear somewhere. Maybe they die on their mission. Maybe they lose communication. But you need to at least mention them at some point so we know their status. Subplots are sometimes used to parallel with the main plot, or more often than not, it is a romantic subplot. In a romance novel, however, the romance is the main plot, and the subplot might be anything from a mystery to a work related problem the main character is having. Whatever a subplot may be, it ought to be
Small part characters like fellow classmates or co-workers your main character is not friends with don’t matter so much. I really don’t need to know how the day went for the pizza delivery guy.
Unaccounted main characters, however, are even worse that supporting characters. Your readers have invested a lot of time and emotions into them, so they deserve to know what became of them.

When creating a multifaceted character, contradictions may occur. People do not always participate in activities they believe in. For instance, if your character is subjected to peer pressure, they may be persuaded to do something like drinking alcohol when in actual fact they may have religious or other personal reasons to be against drinking.
A plot hole occurs when a character does something out of character that is then left unexplained. You may have a villain who decides to blow up a building ‘for the evulz’ and leave it at that. So long as his future actions are consistent with his character, this is fine. He may go on to commit a string of crimes ‘for the Evulz’. You cannot, however, have a villain with a sound, well thought out plan, who decides he wants to take over a multi-millionaire company decide to blow up a building ‘for the evulz’ and just leave it at that. Your readers can’t suspend their sense of disbelief enough to allow something like this.
So to round that off, make sure that your characters are motivated enough to do the things that they do, and you take the time to explain it at some point, or else it will come across as just random.

Fiction means that the events in the novel never really happened. This does not however allow you to throw out all the rules of logic. Sure, you can rethink the laws of gravity, or even the laws of time and space as we know it. But they must have some sort of logic. In fantasy novels, there is usually some sort of Magic System. This Magic System may not be explored thoroughly – it all depends on how much your main characters interact with said magic – but you should have some sort of logic in mind. Magic always comes with a price.
But what if your novel doesn’t use magic? Well, there are still bound to be some kind of rules. If the novel is set during a particular period, it ought to follow many of the conventions. If for some reason it does not at some point, your reader needs to know why. 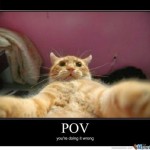 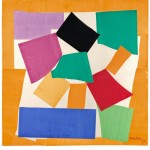 A Dead French Artist Inspires me to Get Myself Together