My initial reaction to Supergirl was met with much scepticism. I wasn’t happy that Kara seemed too ‘cute’. It felt at the time that the trailer was for a young audience. But with comic book characters, perception is everything. No writer can please everyone, and you never should. Supergirl is a dialogue of identity. It is much better than Zack Snyder’s ‘Man of Steel’ because as a TV show it has a longer course. The serial writing of the screenplay allows Kara to  have much more subtle nuance. She builds up as a character much more slowly because as a female superhero, she analysed much more differently than Henry Cavill’s Superman was.

Life as a woman is never easy, and Melissa Benoist reflects much of what her ‘Glee’ character tried to as well. Supergirl can’t sing her problems away, but neither can she punch all of them.

I wrote what I perceived to be a good impression of the original trailer, which is here in this article.  I though to myself: what would I do if I was Supergirl?

But it’s a hard question to understand and from Cat’s perspective, from her lens, I thought it was a very shaky was of explaining ‘feminism’. Feminism is always complex to argue about because some people don’t realise it is just another conversation about equality. Cat Grant has been through so many things to become ‘The Queen of all Media” so when she named Kara “Supergirl” instead of “Superwoman” she knew that it would sell. She has faith in Supergirl and in Kara because both of them are always there for her, even when she fails to see the hero through Kara’s dumb glasses.

Cat made a dialogue about White Male Privilege. It is a concept I  have lived with all my life, both as a black woman, an African, and as a  Brit. I will never understand why America doesn’t understand the need for free health  care. In London, where I live it is an undisputed Human Right.

You can’t prove a concept out of context, but we all know that racism, sexism, and all discrimination exists. You don’t have to be a reporter like Jimmy Olson, or an alien like Kara or ‘The Martian Manhunter’ (who of course hates this horrid name!)

Discrimination is everywhere. It’s in ‘manga’, it’s in ‘comic books’, it’s in the NEWS. And it is there plainly to see but it is hard to DEFINE because everyone has a different angle on the term.
When I was applying for my Year in Industry I studied the minute expressions of everyone’s face.

I can’t help that. I can’t turn it off. I’m a part time blogger, part time programmer, and a Full Time writer. If it isn’t in the script, if it isn’t in the screenplay I can’t define it.
I can’t find the class, the object, the syntax. I can’t compose the song.
What is a superpower? Are you Team Batman, or Team Flash, or Team Wonder Woman? Who will win? Deadpool or Deathstroke?
I don’t have an off button, and I never will.

So what did you think about this episode? How did you feel when Kara was faced with the horrid notion of having to kill her own kin? And most importantly, what is YOUR superpower? 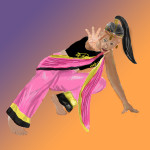 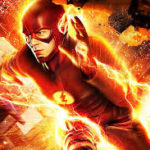