All year round, she sang her songs. Some of woes and some of mirth. Through her songs I saw a truth. A truth I simply could not deny.

Winter’s grip was tight as iron. Merciless and unforgiving. But this young girl was not deterred. Unassuaged from my lake.

Through the bitter chill, she saw its beauty. She trudged through snow and walked through sleet. In icy cold, she sang her song. Lilting melodies much too sweet. Much too calm whilst bound by Beira.

Just this once I’d play along. Flute in hand I’d add this timbre. So by my rock I sat and played, watching my girl from a distance. In an instance she would hear.

Oh, but she stopped a while to look around, her bright emerald eyes full of wonder. Her cute open mouth akin to a guppy.

“Who is there?” she cried out. Unremitting, my tune went on. My one and only answer. Were she The One, she would understand.

I allowed a moment of silence before I changed the song. A plume of mist escaped her mouth as she huffed impatiently. As I played my haunting piece, her furrowed brows softened and a shy smile gave way. She took a seat on the snowy blanket. Immersed by the chilling trills, she closed her eyes. So serene she might have been a meditating monk.

I arose from my rock and stepped on the icy lake; the thin sheet fragile as a babe. My nimble feet glided quickly across as the ice cracked beneath me. Relief washed over me when my bare feet stepped on frigid snow. As I turned around I saw that my lake was a fractured beauty— the waters peaking beneath broken shards of ice. Not once had I allowed my melody to stop.

As I approached my girl I allowed a pause. A moment just to appreciate her beauty. Her hair was dark as the depthless seas, her ruddy cheeks in contrast, glowing. My webbed fingers stroked her cold, soft cheek as my eyes consumed her long dark lashes and angular face. She shivered from the contact but did not open her eyes. She could not and she would not— my song had ensured that.

“Who are you?” she asked. More probing questions. Gaps of knowledge to be filled. Could she not hear the truth as I did?

I brought my flute back to my lips, continued where I left off. Calmness returned upon her, smoothing crinkles on her face. She would remember. She must remember.

She rose to her feet, singing the song she had heard many years before.

A gate to a world you cannot fathom,

There the woes are nevermore.

On she went with her song. As I stepped back, she came along. Blindly did she follow, not a worry did she show. As my feet touched ice, a web of cracks did appear. Eyes still closed, my girl placed her feet on that path. Lithely she followed with her dainty feet, careful to avoid the ever-cracking web. How foolish I was to tempt Beira’s cruel nature.

A bright crack tore through the ice, cutting my melody short in my throat. Only could I watch as the cursed ice cracked slowly beneath her feet. Eyes flung open, did her orbs shine—glisten— till my heart smashed, broken, as she sunk into the lake.

For but a moment was I numb, as shards of pain pierced my heart. The absence of her voice forced me to regain willpower, and I flung into the lake.

She was a fallen angel, sinking deep into the abyss. Her ivory hand stretched out to me as her body sank and I grabbed for her, so sure that I could save her.

A high pitched cackle grated through the murky lake and I truly knew that all was lost. I had loved and lost, and damned this dear child also.

The girl pleaded with her eyes at me but she was passed the point of saving and I was all too far from redemption. So I sang a lament for her. I put all the fragments of my soul in it, and hoped for such thing as a heaven for her even as my throat burned with the need to wail my woes. I sang through the cackle, knowing this revenge was that bitter woman’s triumph over me.

And my girl sank, so too with the remaining fragments of my soul.

The end of a life was a natural thing. Yet, how natural could it have been for I, a father, to have slain a daughter?

But soulless as I am, I have no place in her afterlife. And so the divide goes on and on, with only the shadow of a melody to remember her by.

For those of you who wanted to know what happened to Celeste, this is for you. Please leave a comment and let me know what you think of this and whether you want another another chapter, and if you have any specific questions you want answered.
Here’s the story. Enjoy!

So it’s taken me quite some time but I have finally written a sequel to my short story “The Price for Honour”. I had dabbled a few ideas in my head, such as having the next part in Stefan’s POV in order to humanise him, because let’s face it, Kailì thinks Stefan is some sort of demon. In the end though, I thought we should stick to Kailì’s POV since we’re already emotionally invested in him.

This surprisingly only took me one night to write but I was up until 2AM so I sincerely hope you enjoy it. Please read and review 😀

I’ve been feeling unwell since Thursday so please bear with me. I actually wasn’t going to post anything but I found this lying around and thought I’d might as well post it. It’s probably the shortest piece I’ve ever written and I’m not certain that I’m truly pleased with it. It was more of an experimental piece. I have another longer story quite similar to it that will be coming out in an anthology book my university is publishing though. I’ll tell you the details later.

You look at me with eyes glazed like glass. Though your bag is packed, you shall never pass. I gave you all, my trust and love. My love for you was my downfall. Yet here you stand within my thrall. You’ll be my puppet for the night. Your eyes so bright, they’re quite the sight. It almost hides the spite within.
I broke the rules to be with you, my love. I watched my immortal string cut short. My fellow fey thought me quite foolish. “When you’ve found love, you’ll understand”— at least that’s what I would once retort.
I take your hand, pull you towards me. You too are strong, you try to flee. But can’t you see, I won’t let you go? It’s quite the blow for me to know you yearn for one that is not me.
How could I think to control you? It was your wildness that did once excite me. The fight within that did incite me.
You scream profanities in my face. Dimly I feel the trace of my remaining heart that beats hard like thunder; that once did beat steadily before you tore our love asunder.
Verily I say unto you, stop screaming. Surely I must have been dreaming to think you would ever obey.
All hope is lost, I feel I must say goodbye. I search my pocket and drink a clear vial. As it burns in my mouth I pull you forward for our last kiss. I force the vile content past your luscious lips. Surely you have all manners of objections but you bite them back.
In a manner of minutes, all will be over. The rooms spins around and I am on my knees mumbling apologies. None touch your leaden heart, we’ve grown too far apart. You won’t take my hand even as my life fades away, despite your promises to always stay. It matters not for none shall have you if not I. But I am fey and you are not. Our love was doomed. All hope is lost.
And on that happy note, please leave a comment to let me know what kind of story you want me to write next. I’m open to all sorts of suggestions provided that they have some sort of fantasy element. Others of you might be more specific and ask me for a sequel to another of my previous short stories. By all means, let me know!
by admin
Keep Reading

So I’ve been having quite some fun writing short stories to build up my character’s back stories before the events of what I hope to be the first novel in the series. This short story introduces a completley new character I’ve only recently thought up of. It is also the first story I found necesarry to write in first person. Please let me know what you think and tell me if you want to see this character at some point in my novel. At the moment I’m planning to keep him for a sequel rather than the first but I’m open to suggestions.

Heya! Remember those short stories I promised? Yeah, well, here is one I wrote quite some time ago. It is actally a sort of Origins Story for my one of the characters in my novel in progress, Weaving Moonlight. You won’t know which one right away though, becauase I’ve changed her name to avoid spoilers. Anyway, here we go: 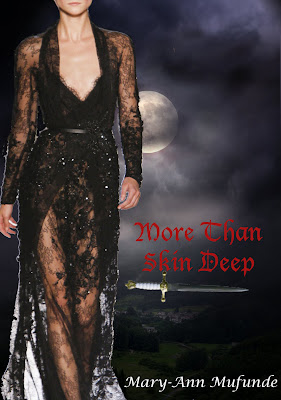