It has come to my attention that I haven’t given any writing advice in a long time. I myself am still learning an awful lot. I’ve been writing the same book for 4 years now and I’m on my third draft, so I’ve learned a thing or too on my journey towards the promised land of the published world.
One thing that has come to my attention whilst reading a How to Write book, “Dynamic Characters” by Nancy Cress, was the difference between close and distant point of views in third person. Of course I say third person because it is pretty much a given that first person is going to be a Close POV.

Let us start with distant POV. Point of view is the lens through which the writer, or narrator, sees everything. Reimagine the last movie you saw. The director no doubt uses many different kinds of shots. Wide shots are often used at the beginning of a movie to establish the setting. It might again be used later during the epic fight-off. Of course I have The Avengers in mind here, where the director used a mixture of wide-shots and close-shots to show the alien invasion of the chitauri. But how does this apply to the written word of fiction?

“Distance is the measure of how far away you, the author, are standing from your character as you tell the story.”

A distant POV is less popular in modern contemporary writing but it is still important to be aware of. It is more common when the external conflicts are more important than internal conflicts. The danger here though is getting the readers to truly sympathise with the characters. A friend lent me a copy of Harry Potter and the Philosopher’s Stone a few years ago and I found that I felt too detached from Harry to really care. I could sympathise with him through many of his difficulties, and the abuse he suffered at the hands of his aunt, uncle and cousin, but I couldn’t feel WITH him and truly empathise.

In a distant POV, we might see and hear the same things as the main character, but we won’t be aligned with his thought processes. The narrative is separate from what the character is thinking and feeling. I have already mentioned it’s disadvantage but one of it’s advantages is that it enables you to concentrate on the action. This can add speed to the novel, which is ideal in an action book.

One example I would give is Anthony Horowitz’s Alex Rider series. Here is an extract from the first book, Stormbreaker:

He rolled out of bed and walked over to the open window, his bare feet pressing down the carpet pile. The moonlight spilled on to his chest and shoulders. Alex was fourteen, already well-built, with the body of an athlete. His hair, cut short apart from two thick strands hanging over his forehead, was fair. His eyes were brown and serious. For a moment he stood silently, half-hidden in the shadow, looking out. There was a police car parked outside. From his second-floor window Alex could see the ID number on the roof and the caps of the two men who were standing in front of the door. The porch light went on and, at the same time, the door opened.

The first thing I should say is, a character wouldn’t describe themselves in this kind of detail, and certainly for no good reason. Alex isn’t dressing up for some party and checking himself out before heading out. He’s waking up at three in the morning because a couple of police officers are there with bad news. Similarly, when Horowitz then goes on to describe Alex’s housekeeper with this much detail, it is clear that this is the narrator speaking, and not the character.
Although this is a short extract, you should notice how Alex’s feelings and emotions are not in the equation. We see Alex from the outside. This is what distant POV is.

In the debate between showing vs. telling, a close POV can help a writer SHOW the character’s thoughts. A close POV allows readers to delve into the minds of a character. Close POV is not quite first person, and it must be thought of as a camera mounted by your character’s head. We see and hear what your characters see and hear. The advantage of a close POV in third person is that you can get many of the same advantages of writing in first person, with the added benefit of being able to change character perspectives without confusing your reader. It is much easier to change a “she” to “he” perspective that an “I” to “I” perspective. That isn’t to say, of course, that it’s impossible. It just means limiting how often you change perspectives, and giving your charcaters more distinctive voices.

Here is an interesting extract from The Lost Hero by Rick Riordan, because I think he uses the 3rd person close POV rather effectively:

Leo’s tour was going great until he learned about the dragon.
The archer dude, Will Solace, seemed pretty cool. Everything he showed Leo was so amazing it should’ve been illegal. Real Greek warships moored at the beach that sometimes had practice fights with flaming arrows and explosives? Sweet! Arts-and-crafts sessions where you could make sculptures with chain saws and blowtorches? Leo was like Sign me up! The woods were stocked with dangerous monsters, and no one should ever go in there alone? Nice! And the camp was overflowing with fine-looking girls. Leo didn’t quite understand the whole related-to-the-gods business, but he hoped that didn’t mean he was cousins with all these ladies. That would suck. At the very least, he wanted to check out those underwater girls in the lake again. They were definitely worth drowning for.
A lot of the language the narrator employs is the same kind of diction the character would use. At this point, the main character, Leo Valdez, is about 16 years old. He uses slang like ‘dude’, ‘cool’ and ‘suck’. He describes the girls as ‘fine-looking’ rather than something more formal than ‘beautiful’ or ‘exquisite’. And a cliche like ‘so amazing it should’ve been illegal’ sounds rather like a teenager. The passage above is also interspersed with rhetorical questions describing the things of interest to the character. When he travels around camp, he makes note of many of the dangerous thins flaming arrows and explosives. It’s quite possible that there are many other more normal things at the camp, but Leo only cares for the things that appear to him as larger than life.
Another thing to notice is the lack of tags. The author doesn’t write ‘he thought’ any point, which suggests a very close POV. Is it the narrator who thinks the underwater girls are worth drowning for? Is it Leo? Is there a difference between Leo and the narrator? When you notice that there is little difference between the narrator and the character, this is when you truly know that the POV is close, and tags are no longer needed.
But what about books where there seems to be a lot of tags and italicised thoughts where we still gain a great insight into the character’s minds? This is the middle POV.

I haven’t been able to find any articles or blog posts about this POV but it has been mentioned before. As you would imagine, Middle POV is somewhere between distant POV and close POV. We are given an inisight into the character’s thoughts from time to time, but there is a clear narrator feeding us the information. This is useful in keeping a sort of even tone throughout the novel, whilst also making us aware of the characters and their developments.

Middle POV is likely to use tags or italicise. Tags include, but are not limited to phrases like ‘he thought’, ‘he wondered’, ‘he mused’, and ‘he realised that’.

In my opinion, I think that Melissa Marr’s Wicked Lovely series are in middle distance POV. Here is an extract from the second book in the series, Ink Exchange:

While Niall may have rejected the Dark Court so very many years ago, he was still connected to them. It was his rightfuly court, where he belonged whether or not he chose to accept it.
As does Leslie. She might not know it, might not realise it, but something in her had recognised Irial as a fitting match. She’d chosen him. Not even riding with Gabriel’s Hounds was as satisfying as knowing that the little mortal was soon to be his, as knowing that he’d have her as a conduit to drink down emotions from mortals. The hints and teasing tastes he’d already been able to pull through her were a lovely start to how it would soon be. The Dark Court had fed only on fey for so long that finding nourishment from mortals had been lost to them – until Rabbit had started doing the ink exchanges. So much would be better once this exchange was finished. And she might be strong enough to handle it. Now he just had to wait, bide his time, fill in the hours until she was fully his.
Idly, Irial needle Niall, “Shouldn’t you have a keeper or something, boy?”
“I could ask the same of you.” Niall’s expression and tone were disdainful, but his emotions were in flux. Over the years, the Gancanagh had continued to worry over Irial’s well-being – though Niall would never say it aloud – and something had made that worry far more pronounced than usual. Irial made a note to ask Gabriel to look into.

Now this is a fairly long passage, so bare with me.
I feel that some of what is stated is for the benefit of the reader. Irial knows how the Dark Court – the faeries he rules over – functions. His musings over how the court used to work, in comparison to his current situation, are more for the readers, so we can see just how bad things are. These thoughts are objective, and read a lot more like the narrator than the character.
If this was in close POV, we would be feeling his emotions as he mused over the past. Instead, we seem to just hover outside his head, with the occasional delving into his personal thoughts, which are highlighted in italics.
When Irial interacts with his once-lover and close friend, Niall, now sort-of-enemy, we perceive that he cares about Niall, but we don’t literally feel his concern.

I hope that this was helpful. Another useful thing to know is the difference between Limited and Omniscient perspectives. Hopefully I’ll talk about this next week. For now, please just drop me a comment and let me know if my advice was helpful.
Thank you for reading 🙂 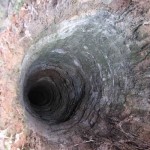