Okay, so I’m a little late on the cover reveal. Okay, over a month late. In my defence, I have been very busy at various university Open Days and stressing about what I want to do with the rest of my life. So here is the awesome cover. And the UK version. Meh. 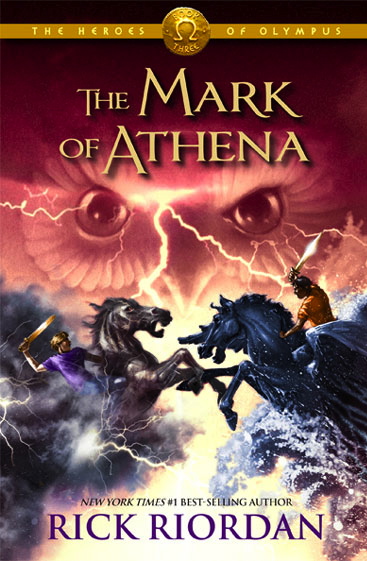 So as usual, I’m loving it! The owl is essential as it is the symbol of Athena. Typical that the Romans and the Greeks won’t get along. I love the graphics. The storm for Jason, and the tidal wave for Percy. Now the thing is, I’ve grown to admire them both. If I were forced to choose, however, I’d side with Percy because I feel closer to him. It’s like I’ve been on so many adventures with him. Which is actually kind of sad. But still. You get what I mean. I hope. Funny that both of their horses are black. Well, Percy’s as a Pegasi. I can’t recall if Jason’s is a Pegasi too. He was something like the world’s fastest horse after the original Pegasus, or something. And the most foul-mouthed one. Or am I getting my story confused? Oh, it’s been a whole year! 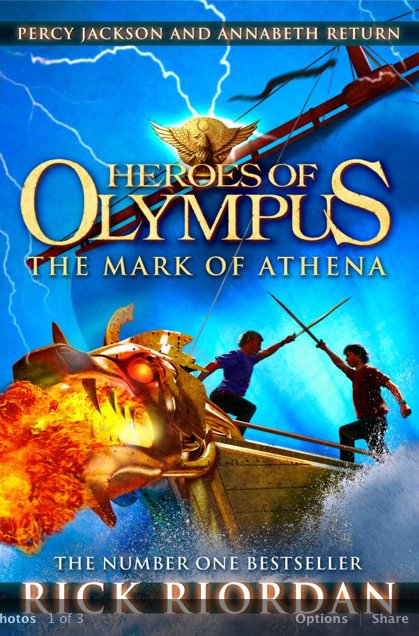 Once again, I am disappointed to say the least. I don’t mind the colour. I have nothing against blue. The UK logo is actually alright and I’ve gotten used to it, but I’m still very fond of the US’s Omega symbol. Now is it just me, or is there just something not quite right about Festus’ head? I want to like the graphics, I really do. Heck, I’ll probably end up having to buy it as I’m in the UK. Still, something doesn’t look real about that fire. It’s much harder to tell who’s fighting on the New Argo. There are so many demigods, it really could be anyone. The UK cover doesn’t make the differentiation, as they are too dark. As for the battle stance, well, it’s not very convincing. But what really gets me is that there is nothing about the cover that screams ‘Mark of Athena’ apart from the title. Where is the OWL?! Oh woe is me!
What are your views on the UK vs US cover debate?
0