I give this one four starts 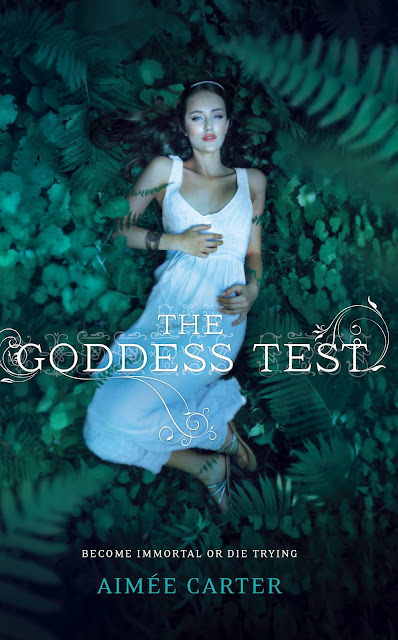 VERY GIRL WHO HAS TAKEN THE TEST HAS DIED.

NOW IT’S KATE’S TURN. It’s always been just Kate and her mom–and her mother is dying. Her last wish? To move back to her childhood home. So Kate’s going to start at a new school with no friends, no other family and the fear that her mother won’t live past the fall.Then she meets Henry.


Dark. Tortured. And mesmerizing. He claims to be Hades, god of the Underworld–and if she accepts his bargain, he’ll keep her mother alive while Kate tries to pass seven tests.Kate is sure he’s crazy–until she sees him bring a girl back from the dead. Now saving her mother seems crazily possible. If she suceeds, she’ll become Henry’s future bride and a goddess.
-Synopsis from Goodreads


So I finished this last week actually but it took me a while to write the review. This is yet again, another Greek myth adaptation novel, and I think in many ways it worked, in others it did not.


Once I finished this novel I loved it. I enjoyed watching the protagonist grow slowly, and of course the romance between her and Henry was good. For once, the couple did not fall madly in love all of a sudden, and they got to know each other instead before the protagonist fully made up her mind. The prologue captured my attention, making me ask a lot of questions, and one of the underlining mysteries is who is killing all of the girls? And is Kate next? Although some reviewers on Goodreads said that they saw the killer coming, others were more honest and were surprised. I am one of them.


In this novelisation, the Greek gods are real, but not as we have known them. I wouldn’t have minded this idea if it had been executed better. So Aimee Carter changed how the Persephone story ended- and let me make it clear, Kate is NOT Persephone- and I was fine with that. But how is she to make me believe that the Greek gods are NOT the lustful, wrath filled gods I know them to be from mythology? Zeus’ speech in this novel was in this way incredibly hypocritical and I just didn’t get why Carter changed it all. I was able to guess half of the identities of the gods before I saw the list at the back (WHICH YOU SHOULD NOT READ BEFORE YOU FINISH THE NOVEL! Seriously it’ll ruin the whole damn book!).


I loved Kate’s relationship with her mother and her friendship with the mean girl was not one that I initially saw coming. Kate’s mum is dying from cancer and any day soon, she will be gone. Henry’s deal with Kate was incredibly moving, even if he didn’t see it as a big deal. Which brings me to Henry/ Hades…


Let’s face it, Hades in myth is bad-ass! Henry is not. I don’t want to give away too much but whilst in some ways he was a good god of the Underworld, sometimes I just thought that he was simply sad. I thought that the way he never stopped loving Persephone was sweet, but only to a point. The whole self-loathing thing I guess I can understand, but I wish he’d been more powerful. Sure he brought back people from the dead, but that is such an un-Hades thing to do. Still, I think the character stood on his own and I actually ended up really liking him! Thank you Aimee Carter! Next time add just a sprinkle- or a fist full- of bad-assery. Can’t wait to get my hands on the sequel!

I’m A Geek on Greeks