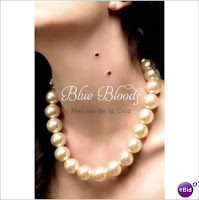 From the beginning Sky was intrigued by Jack. It’s been a long time since I’ve read the first book of the Blue Blood series so I can’t really remember how their love blossomed. Some people would critique that it was the typical brooding guy who isn’t interested who is mean to said girl who falls in love with said girl. This can also be said for Meghan and Ash actually! One of the things I loved about these two was the secret notes. Jack gave lot of secret messages and left them in books- usually the Classic types that I wouldn’t read. But it was so romantic! They even met up secretly. This did sometimes make me feel sorry for Oliver, who is Schuyler’s best friend who surprise, surprise, fell in love with her!

In a society where who you love and marry, where you work, and where you live is dictated to you, Cassia never had a choice. But this was never a problem for her until she realised that her perfect Society wasn’t as perfect as she thought it was. So she fell in love with Ky, a boy that was doomed to have a Single status for the rest of his life, and not by choice. Their kind of forbidden love is much like Meg & Ash’s and Sky & Jack’s. Society has dictated that cannot be together. But unlike the other couples, I’m not sure if I liked them as a pair. I loved that their romance blossomed slowly and piece by piece, Cassia began to understand who the real Ky was. It was sweet, I admit. But a big part of me felt sorry for the other guy in this novel, the guy Cassia had been matched with. I don’t want to give it away. And another part of me thinks that the only reason Cassia fell for Ky was because the Society had actually been the one to ALLOW it to happen! And they think that Cassia will then just let it go? Pffh. They manipulated her and expected it to go their way. Despite this, at the end of the day they were really, truly in love. So there. Dumb Society. So am I Team Ky? I’m not sure but I’m willing to follow Cassia’s adventures anyway.

Although not quite a forbidden romance, it is somewhat difficult to keep up a relationship when one of them is dead, and the other is alive. What is very interesting about their romance is that it didn’t start off like the lovey-dovey Bella and Edward. When Suze first saw Jesse haunting her new bedroom she made it perfectly clear that she wanted him gone. It was her room and just because he was perfectly sexy didn’t mean that she wanted anything to do with him. Good on you. Their relationship started off as friendship, and even that had been a reluctant one to begin with. Of course, the path of true love never did run smoothly and so a strange love triangle was formed when Suze met Paul Slater, the only other mediator (person who can see and communicated with ghosts) that she has know-ahem, her own age. See, I know about Father Dom. I find this love triangle particularly unique because for once, the girl wasn’t actually interested. So he threatened time and time again to do away with the annoying ghost. And he can do that because he’s Paul. So whilst Jesse and Suze don’t quite have a forbidden romance, it is a very difficult one. And did I mention that he’s a hot Spanish speaking ghost? Hubbah, hubbah!

Ok, so their love isn’t technically forbidden either, and I just want an excuse to mention the Wicked Lovely series. Sue me. Their love is however very difficult. Donia is of Winter and Keenan is of Summer.  That is not a particularly easy relationship to keep up, especially when Keenan already technically has a queen. There is somewhat of a love triangle between Aislinn, Keenan and Donia, but it is further more complicated by Seth, the human that is in love with Ash. I don’t want to give too much away about the series but the focus here is Don and Keenan. They love each other, and Keenan knows this as she put her life on the line to be with him. She took the test and she failed, which meant that she caught Winter’s chill. I mean how sweet is that? So what does Keenan do? He moves on to the next girl! I have a problem with this and so ultimately I spent the majority of the series hating Keenan but what I do? I feel bad for Donia but the truth of the matter is that Keenan has a Court to look after, and Donia isn’t in it.

These two are the best! I just love them. Meghan was the half blood that Ash wanted to kill from the beginning. She was Summer and he was the Winter prince. Their love was doomed from the start. And that’s what makes it so interesting! Like Jack, Ash had the whole brooding bad boy thing going on, but he took it to the extreme, as he was clearly ready to kill Meg from the beginning. But that’s just how it goes, as he is the Winter prince after all. I understood that. So, go figure, she falls for him anyway! Hadn’t seen that coming. Ash hides behind this exterior, a wall he’s built for himself to avoid getting hurt. When I found out about this later, I completely understood. But in the first book, I was incredibly wary of him and I couldn’t trust him as far as I could throw him. Meg should have been the same. So did their love work? I think it did, after some convincing. Needless to say, I was never on his Team to begin with. Yes, Kagawa has indeed used the love triangle in her series, and yes, it is with the girl’s best friend. Nothing new their. Or so you might think. I don’t want to get too into it in this post- I’ll make a separate one- but Ash and the best friend in question are long time rivals. How very interesting indeed. A part of me wished things had been left as they were in The Iron Queen, and yet another part wanted them to have that Happily Ever After. Please let me know what you think. Do you prefer the ending of The Iron Queen, or The Iron Knight? Team Ash? Or Team other guy? Alright, I’ll say it. Team Puck?

So who is your favourite couple and why? Let me know!

The Goddess Test by Aimee Carter