First of all, I would like to sincerly apologise for not posting for a few weeks now. This is due to the fact that I have been participating in NaNoWriMo. For those of you who don’t know, once a year in the month of November, crazy writers like myself embark on a quest to write 50,000 words in one month. I didn’t “win” as I didn’t achieve this goal but on the bright side, I have 20,084 words more than when I started.

In any case, on with the review…

Endless Knight by Kresley Cole was an intriguing novel I couldn’t find myself letting go of. Thus, I read the entire book in the space of about 12 hours from 1pm to 1am, thankful to have something engaging to do on the train journey back to university. 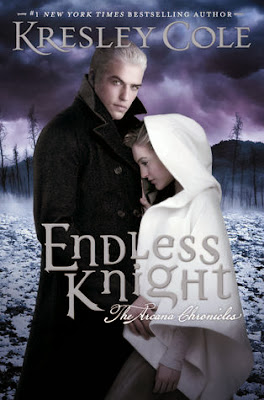 Evie has finally accepted that she is The Empress, one of 22 Major Arcana cards gifted with special powers. She finally knows what she was fated to do: win the game by killing the other cards. But she can’t do that. Doing so would mean losing herself, and the boy she loves. Now that Jack knows what she is, tensions rise as he struggles to accept her. But that isn’t half the problem.
Thanks to the apocalypse, zombified bagmen and crazed Major Arcana are out to kill Evie and her group. The worst card of them all? Death. He is an immortal knight who has a long history with the Empress, and he is very fascinated by Evie. Question is, does he want to seduce her, or kill her?

The narrative for Endless Knight was far more simplified than Poison Princess as we only get the story from Evie’s point of view. Although more limiting, I think it’s a good that Cole still found a way to keep my interest. On the whole, I don’t think there was as much action in this book as the last one in the series, but this did enable Cole to concentrate more on the relationships within the story. And lo and behold, I feel it is only fair to warn you that there is somewhat of a love triangle in the works here.

As in the last book, Jack speaks quite a bit in Cajun French and Evie often translates that to the readers. I can’t say that I find this a problem but I am aware that some reviewers found it irritating in Poison Princess. Personally I find it to be a necessary tool because being Cajun French is an essential part of who Jack is. I’ll talk a bit more about that at the Characterisation section though. 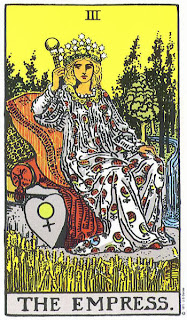 The novel revolves around the 22 Major Arcana, with Evie the MC being the Empress. As such she has power over plant life.

This would be more awesome if not for the fact that the world was struck by a meteorite or something during “The Flash”, destroying most animals and plant life. The Game ends when only one Major Arcana is left standing, so in essence it’s some sort of crazed Hunger Games which the gods started with the entire world as the battlefield. Or at the very least, the idea of the gods is alluded to by Matthew, the Fool.

I have to give Cole a lot of respect for creating a myth this original. Whilst in the first book I thought that the whole post-apocalyptic scenario was just some sort of an excuse to get the two love interests together without adults or any kind of authority to stop them, the need for the catastrophic event is explained a bit. Every few centuries, the game starts and it only ends when there is only one card standing. The winner gets immortality… until the next game. Personally, I find that unfair, but I would never accuse the gods of being fair.

I like Jackson’s portrayal. I completely understand that he needs time to fully accept Evie. I wouldn’t have liked him if he had rejected Evie, but I don’t think it would have been believable for him to be completely comfortable with the situation the whole time.
Jackson is what he is and never once tries to be anything else. He is fierce, strong, but not invulnerable, and certainly not a white knight– though he seems to be the closest thing that Evie will get. He isn’t a dark knight either though. That role might be reserved for Death. Jack is protective of Evie and it seemed that he wasn’t entirely sure what to do when he realised that “his girl” was capable of kicking ass on her own. He seems a bit old-fashioned that way.
He screws up and he admits to that and tries to do better next time, a quality I admire. Having said that, WHY JACKSON, WHY?! I can’t reveal any spoilers, but secrets will be unveiled…

Evie is headstrong and powerful. She values the lives of others, which very well could be her undoing one day. Her relationship with Matthew for instance is one I find interesting. She saved him from drowning in Poison Princess and constantly defending him when the others complained that they would be better off without him because he didn’t pull his weight. She has compassion, which in the age after The Flash, the apocalypse that wiped everything everyone once knew, is rare.
She also has intelligence. I’m not saying that she’s the smartest protagonist I’ve read about, but she isn’t the sort to immediately cry when she’s in a tough situation, either. I think she’s a wonderful blend of girlishness and badassery. Except for maybe Evie from the Paranormalcy series by Kiersten White (She has a PINK taser!)

But perhaps one of the most interesting characters is Death. He has a hidden past that is slowly unveiled in the last half of the book (last two thirds?). I can’t say much without giving away spoilers, but I can definitley say that his relationship with the past Empresses have definitley been rather destructive. He was sort of like an onion. He had a lot layers. Cole peeled away his layers slowly, but I don’t think we have the full story yet. I’m sure he’ll have plenty to surprise us with in the sequel.
One thing I am glad about is that Cole was able to humanise him without making him look like a complete wimp. This was a problem I had with the Hades character in Aimee Carter’s The Goddess Test, Henry. He was mourning the loss of Persephone for centuries and he wanted to fade away, out of existence. Touching tragedy, but honestly, a real let down for me considering how epic I think a Hades figure should really be. And Cole’s Death is no different, except the fact that he’s a card, not a god.
Regardless, I found him to be a multifaceted character whose only real problem was the fact that I don’t think he had a legitimate enough reason for ever having loved The Empress to begin with. They guy gave up his heart too quickly to a woman who had been trying to kill him from the beginning. Did he really think that she would so easily forget?

There are a number of minor characters who certainly serve a purpose. I can’t get too much into them, but I can definitely say that I want to know more about them in the sequel. We’ve barely even scratched the surface with the likes of Finn and Selena and Cole spends a lot of the book tantalizing us with secrets about Matthew. For some reason he is indebted to Death, but we never know why. Le Sigh.

I really want the sequel. WHY WON’T THEY GIVE ME THE SEQUEL LIKE NOW?!