For those of you who have read Catching Fire, you will know that this cat can survive anything! 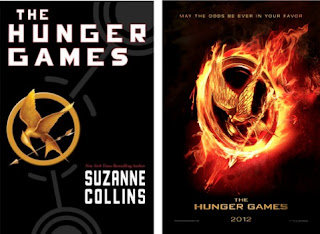 #5 Khufu, the baboon from The Kane Chronicles series by Rick Riordan

Why is the baboon so epic? Because he’s a lot smarter than he may first appear to be and because he could school Carter at a game of basketball any day of the week! He’s also very useful on their frequent missions to save the world.

I DO NOT OWN THIS FAB ARTWORK!

Though technically not really an animal, this albino croc is extremely loyal and brave. You should read the bit where he helps the Kanes against Sobek’s crocs. Not to mention he’s easy to travel with in his shabti form. Don’t know what that is? Read the series!

Most teenagers have normal dogs but Percy Jackson has a hellhound for a pet. He is not normal. It probably isn’t even in his vocabulary. Mrs O’Leary is sweet for the most part but she’s also amazing and she can be very dangerous, so don’t forget to feed her if it’s your turn to do so!

I don’t want to give away too much but this dog is so not what it seemed at first. If you’ve seen the movie or read the book, then you know how amazing this dog is.

Do I have to give a reason for Grimalkin’s awesomeness? If asked himself he simply replies “I am a cat!”

Buttercup is a cat too you say? Fine. He’s epic because he is a faery cat! He can be rather cryptic and what with him disappearing all the time he is somewhat like the Cheshire cat, I suppose. It’s clear from the beginning that he only stuck around to help Meg out because she was amusing. I wonder if somewhere deep inside if he really cares about her though. One can only wonder…
0

The Iron Knight by Julie Kagawa