Though I am well aware that it is already into the fifth day of 2012, it’s never too late to say I hope you all have a happy new year!!!

2012 will see the continuation of many beloved book series, and the rise of new ones and stand alone novels. Here is my list of upcoming books I can not wait to get my hands on:

The Heroes of Olympus Book 3, The Mark of Athena by Rick Riordan
To be published in the Autumn of 2012- or Fall for you Americans The Second Empress, by Michelle Moran 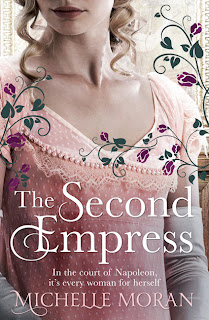 The Future of ARISE (Game of Eternity)