I would have posted this earlier but I was on Christmas Holiday with no access to the Internet for TWO WHOLE WEEKS!!! Now I’m at Schipol Airport trying to make up for it, thankful that the plane landed safely after a journey of slight turbulence. I don’t have a phobia of flying but the lightning I saw from the little window was not inspiring peaceful thoughts.

So, it’s the third day of the New Year and by now most of you will have at least thought of,  if not decided on, your New Year Resolutions!
Now I know many of you will be groaning by now. Why bother with something you’re just going to epically fail at? Well, the reason for having these resolutions is to have a goal to aspire to– something that will motivate you so by the end of the year you can pat yourself on the back and say “This was a great year.”
Here are a few guides on making New Year Resolutions:

I don’t know about all of you lot, but I can definitely say that this is my Year of Greatness. 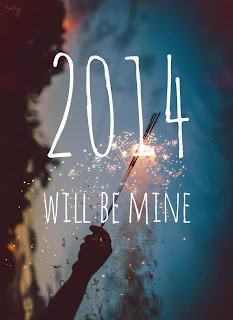