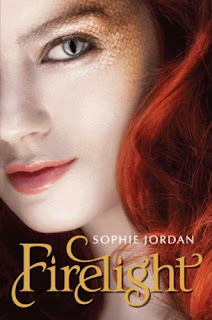 Summary from officail website:
Marked as special at an early age, Jacinda knows her every move is watched. But she longs for freedom to make her own choices. When she breaks the most sacred tenet of her kind, she nearly pays with her life, only to be spared by a beautiful stranger sent to hunt those like her. For Jacinda is a draki–a descendant of dragons whose ability to shift into human form is her best defense.
Forced to flee into the mortal world, Jacinda struggles to adapt. The one bright light is Will. Gorgeous, elusive Will who stirs her inner draki to life. Although she is irrestibly drawn to him, Jacinda knows Will’s dark secret: He and his family are hunters. She should avoid him at all costs. But her inner draki is slowly slipping away – if it dies she will be left a human forever. She’ll do anything to prevent that. Even if it means getting closer to her most dangerous enemy.
Mythical powers and irresistible passion ignite in this story of a girl who defies all expectations and whose love crosses an ancient divide …

My rating: THREE STARS (This was tricky to rate. It had a lot of pros but maybe there could have been something more to make it special. The reader is left pretty much in the dark about the world of the Draki’s because they run away so quickly. Why is Cassian so bad?)
This was a very interesting novel, all in all. I enjoyed it and I would recommend it to my friends. It was captivating and kept me wondering. The plot line was somewhat familiar, however. I am not a big fan of the main character falling head over heels with the love interest so quickly. It just gave me a case of dejavu. It reminded me of Twilight, but perhaps it was closer to Evermore.

Ever fell in love with a guy because they had a connection that she had never experienced. She could see the auras of people around her and hear their thoughts. When she touched the guy of her dreams, everything went silent. She felt normal again.
Let’s be clear, I’m not having a go at Sophia Jordan. Just critisising. It’s funny that whilst Ever’s guy made her feel human again, Jacinda’s guy made her feel Draki again. That part was cool. I just didn’t find it believable that they could fall in love so quickly and so deeply. Then there was the whole bad boy act when he told her to stay away from her. Remind you of a certain vegeterian vampire?
There are so many books out there with characters finding out that they are a creature of myth and magic. It was refreshing to find a character who knew exactly who she was. She had a confidence that I liked. Her major downfall was that she seemed to be ‘me’ orientated. Not always. In fact, I’m suprised that she went along with her mother’s idea for so long. I have no quarrel about her knowing what she wanted but I think that there were times when she did silly things. But then, she’s only Draki. Her emotions have a big impact on her and she simply could not deny love.
The ending was marvellous too. I had not expected it to end so abruptly and I was absoloutley furious. Which is good I suppose. It’s miles better than if I had been indifferent. It shows that Jordan is good at keeping her audience hooked.
Lastly, I would just like to say that this book felt like a cross between that TV show I used to watch, American Dragon, and Twilight. Strange, I know. 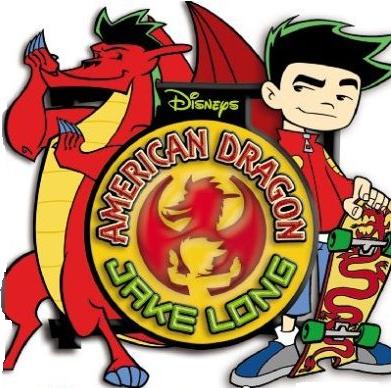