So it’s taken me quite some time but I have finally written a sequel to my short story “The Price for Honour”. I had dabbled a few ideas in my head, such as having the next part in Stefan’s POV in order to humanise him, because let’s face it, Kailì thinks Stefan is some sort of demon. In the end though, I thought we should stick to Kailì’s POV since we’re already emotionally invested in him.

This surprisingly only took me one night to write but I was up until 2AM so I sincerely hope you enjoy it. Please read and review 😀

I’ll be your Prince, a poem 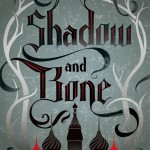 The Nixie — A short story