The capital has fallen.

The Darkling rules Ravka from his shadow throne.

Now the nation’s fate rests with a broken Sun Summoner, a disgraced tracker, and the shattered remnants of a once-great magical army.

Deep in an ancient network of tunnels and caverns, a weakened Alina must submit to the dubious protection of the Apparat and the zealots who worship her as a Saint. Yet her plans lie elsewhere, with the hunt for the elusive firebird and the hope that an outlaw prince still survives.

Alina will have to forge new alliances and put aside old rivalries as she and Mal race to find the last of Morozova’s amplifiers. But as she begins to unravel the Darkling’s secrets, she reveals a past that will forever alter her understanding of the bond they share and the power she wields. The firebird is the one thing that stands between Ravka and destruction—and claiming it could cost Alina the very future she’s fighting for.

I’ve heard quite a few puns on the whole ruin and rising thing, so I’ll spare you all that. Actually, no. I won’t. This book ruined me and I’m not sure I’ll be able to rise from that.

I’ll tell you the truth, it wasn’t an awful book, but it did sorely disappoint me in a number or ways. Having said that, Ruin and Rising was very readable. The pacing was decent and there were certain things I actually hadn’t guessed at, such as the power of the amplifiers. The search for the firebird? I hadn’t seen that find coming.

So what was my biggest dissapointment? You guessed it. The Darkling. This is going to be really hard to explain without revealing spoilers but I will try.
I’m not exactly sure how many times the Darkling actually appears in R&R but someone mentioned that it was only 5 times. It felt much fewer. The point is, if you are going to market a character that much, at least let them appear more frequently. I understand that the allure of him was the mystery, and Bardugo could get away with that in the first book. By the second book it gets irritating. By the last book, it’s downright rude.
The Darkling deserved more character development. I wanted to truly understand what made him tick. Did he really love Alina? Did he think he ever could? Or was it all just a matter of possession and ownership for him? I don’t know. Instead the readers get saddled with Mal x Alina time.

I don’t have a lot against a childhood friendship turned into a relationship… provided that it is believable. Mal and Alina together was not believable. He spent the beginning of the first book flirting with other girls, and even that Grisha girl I can’t remember. And that’s okay. If he had no interest in Alina to begin with, but Bardugo led me to believe that Mal didn’t see Alina in that way.

And to be honest I don’t like Alina that much. But in this final book she did step it up a level. She had some seriously bad ass moments. My biggest regret for her was her ending. She had the chance to truly be someone and it was Mal I think who made her make that choice at the end and I didn’t like it. I think if she had made her decision because of more than just a boy I would have been okay with it.

It’s really hard writing this without spoiling the book.

The ending was gut-wrenching. I have to give it up to Bardugo, she managed to write a villain that everyone LOVED, even me. Yes, I know I just complained about the Darkling, but mostly because I don’t think we had enough time with him.

Overall I think this was the weakest of the series, and but it was still nice to have an ending. I think I’ll be rereading this series again soon. 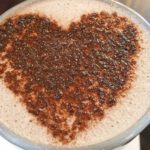 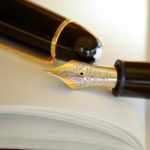