I really wanted to like this book, I really did. Melissa Marr is one of my favourite authors. I love the Wicked Lovely Series — They Were Amazing. I Still Think about Them A Lot All of Them, Especially Niall, Irial and Leslie and everybody else, but let’s face it: those are my favourite three.

I like Melissa Marr’s writing because she usually portrays strong, independent women. Some of the characters in Wicked Lovely were cruel, and some of them were downright crazy, but I think the vast majority did have some sort of justification for the things they did — except for Bananach because she was bat-shit crazy.

Carnival of Souls was a book I was heavily anticipating and although it was rather adventurous, I think that it reminded me too much of Wicked Lovely in some ways, but it seemed to fail where WL succeeded. 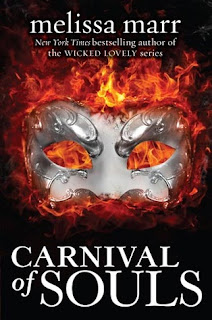 In a city of daimons, rigid class lines separate the powerful from the power-hungry. And at the heart of The City is the Carnival of Souls, where both murder and pleasure are offered up for sale. Once in a generation, the carnival hosts a deadly competition that allows every daimon a chance to join the ruling elite. Without the competition, Aya and Kaleb would both face bleak futures—if for different reasons. For each of them, fighting to the death is the only way to try to live.

All Mallory knows of The City is that her father—and every other witch there—fled it for a life in exile in the human world. Instead of a typical teenage life full of friends and maybe even a little romance, Mallory scans quiet streets for threats, hides herself away, and trains to be lethal. She knows it’s only a matter of time until a daimon finds her and her father, so she readies herself for the inevitable.While Mallory possesses little knowledge of The City, every inhabitant of The City knows of her. There are plans for Mallory, and soon she, too, will be drawn into the decadence and danger that is the Carnival of Souls.

The very first thing I have to wonder about this book is: What are daimons?
Marr is rather descriptive of her world and its characters, but it is never properly explained what these creatures are. With mentions of fur and claws, I envision creatures akin to werewolves, but I really can’t be sure. The word looks like Demons, but they don’t seem to be like the demons from shows like Supernatural and Charmed.
For some reason the witches and daimons hate each other. Daimons live in a place simply known as The City. Perhaps this is Marr’s way of trying to make the place sort of anonymous like she did with Huntsdale in WL (try as I might, I can’t figure out where Huntsdale is meant to be) to give it the impression of being a sort of ‘Every City’. I’m not sure. But I find that the history between the daimons and witches was somewhat obscure. The witches cursed the daimons so that Nature would consume The City and so witches who live in the The City only do so as slaves to the daimons. At the moment I’m not really getting an idea of who is good and who is evil, but I’ve come to expect that from Marr. The Dark Court wasn’t evil for instance, even though we were sort of led to believe that from book 1 in the WL series.

The book was written in the 3rd person, which is more or less what I expected from Marr. In the past I have found this way of story telling to be disengaging but Marr long ago rekindled my love for it. I now write most of my stories in 3rd person.
The novel follows 4 characters:

Now, Mallory came across as “the main character” to me because a lot of things seemed to revolove around her. Unfortunately she was one of those characters who had things happening to her, but she never really overcame them.
Mallory has been growing up with her father most of her life (her mother had to leave), who is a witch. And because witches and daimons are sworn enemies, her father, Adam, teaches her how to fight. Which is kind of funny because she doesn’t do a lot of actual fighting. He claims to love her but he has a terrible way of showing it. Mallory didn’t stick out to me because overall, she was a weak character who could barely look after herself. Now, it wasn’t always her fault because of her father using his powers on her, but regardless, I didn’t really connect with her.

You may think I am being a tad harsh about describing Aya as a psychobitch but come one, she IS cold and callous. Of couse she does prove to have a conscience, but the very first scene showed her fighting a loved one for personal gain. She comes across as over the top and arrogant. Altogether, she is the complete opposite of Mallory. In time, she grew on me so I wouldn’t say that this character is a complete failure. I certainly like her better than Mallory. I am glad that Marr had a purpose when she gave Aya these charactersitics. Aya isn’t cruel for the sake of being cruel. She hides a secret that could be her undoing.
The romance between Aya and Belias was an interesting way of showing Aya’s softer side, which brings me to discussing The Upper Class Boy…

I can’t say I remember much about Belias. Like Mallory his arc consists of external forces causing conflict. The secret that Aya has been keeping with her all her life affects him greatly, and he soon finds that his life is no longer in his own hands.

Kaleb is a bit of a rogue. He is a lower class daimon, which means that he has little rights, and he has to take on dangerous jobs to make ends meat. Like for many of the other competitors, the competition is Kaleb’s lifeline. If he wins, he can finally have a good life, not just for himself but for his packmate, Zevi. He and Zevi have been friends for quite some time and they take care of each other like brothers.
One of Kaleb’s dangerous jobs included going to the mortal realm to keep an eye out for Mallory. And of course, romance ensues 😉

Overall, I will say that I am disappointed with Carnival of Souls, but regardless, I couldn’t put the book down. I read this one in less than 24hrs and it was absoloutley absorbing. So despite my grumblings, Marr did something right, proving once again that she is a great writer. Unfortunatley, I didn’t like many of her character’s and I found that the deal that Kaleb made at the end was simply terrible. Once again, Mallory is left helpless to a fate she didn’t decide.

I rate this book 3 stars! 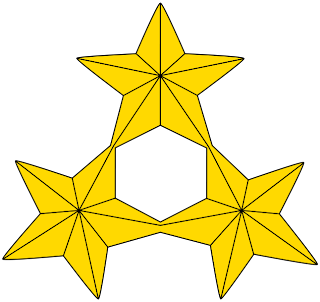