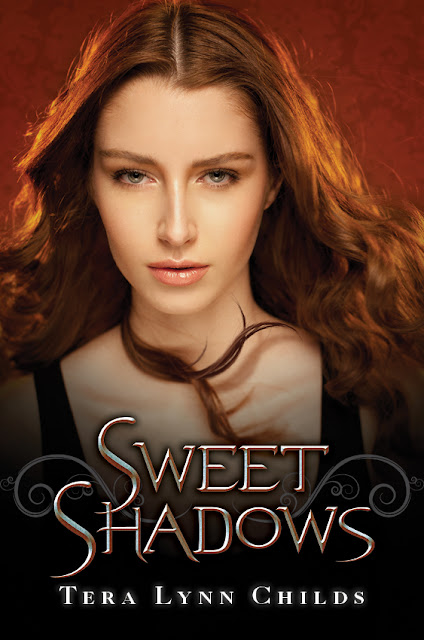 Three teenage descendants of Medusa, now united, must claim their heritage to fight the monsters escaped from the abyss.

Gretchen may have known she was a descendant of Medusa long before her sisters–after all, she’s spent her life fighting the monsters that escape the abyss–but that doesn’t mean it will be easy to teach the other girls the ropes.

Greer has pressing social commitments on her plate and precious little time to train in her newfound powers. But that wretched second sight won’t leave her alone, and her fabled heritage seems to be creeping into her fashionable life.

Grace has worries closer to home–like why her brother, Thane, has disappeared. He’s hiding something. Could it possibly be related to the secret heritage the triplets share?
– Synopsis from Goodreads


I have yet to read the first in the series, Sweet Venom, but I do plan to. This sequel is, Sweet Shadows is coming soon, by Tera Lynn Childs.

Coming: September 4th 2012
I like the title. It’s cool that the author is continuing the use of ‘sweet’. Once again, the hair twirls ever so slightly, suggesting snakes. If I’m honest, I’ve seen better looking people but the model looks beautiful nonetheless. My problem is that the air of mystery has been taken away. We did not see the protagonists’ face in the first book and now we do. It would have been nice if her face could have been silhouetted or something, to represent the shadows. Just an artistic suggestion.
0