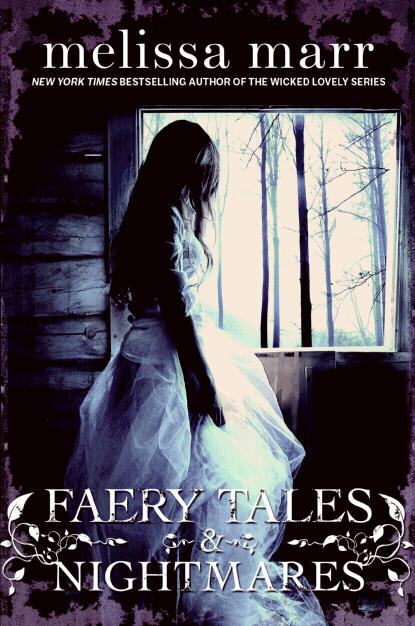 Tale of Content
“Where Nightmares Walk”
“Winter’s Kiss” (Fairy Tales)
“Transition” (Vampires)
“Love Struck” (Selchies)
“Stopping Time” (WL World)
“Old Habits” (WL World)
“The Art of Waiting”
“Flesh for Comfort”
“The Sleeping Girl and the Sumer King” (WL World-ish, it started the series)
“Cotton Candy Skies” (WL World)
“Unexpected Family” (WL World)
“Merely Mortal” (WL World)
I thoroughly enjoyed this anthology book. Admittedly, there were a couple of stories that didn’t make any sense to me but the ones that did were great. I have read other anthology books with the some problem, such as Prom Nights from Hell but I think the major advantage with them is that the stories that they consist of are a short read each. I also very much like the dynamic that it presents. F&N revisits some of my favourite character such as Irial, Niall and Seth. But even for those who have never Marr’s WL series, there are some good stand alone short stories, with Love Struck being my favourite.
Seeing Irial, Niall and Leslie was great as I’d really missed them. My favourite quotes was between Niall and Irial:
Niall: Don’t be an ass, Irial
Irial: There are some things you can’t command, my king
Hilarious!
Their strange relationship has always worked for me because for a start, they’re faeries. And the short stories in this anthology is what reassured me that I liked them.  Their relationship is complicated but they are ultimately so interweaved that you can’t get rid of one another. And I’m glad that Niall and Seth are patching up their friendship. For those of you who have read Darkest Mercy, you will understand.
The stand alone short stories were interesting. For those of you are are unaware of what selchies are, they are basically like mermaids but instead of being half fish, they are half seal. But unlike mermaids, they can get rid of their tail and assume a full human form by removing their pelts. I do not want to give anything else away. Let’s just say it’s about a girl and two selchies. For me, the odd balls were Where Nightmares Walk and Flesh for Comfort. Sorry Marr.
Ultimately, this is a must read for Wicked Lovely fans, but its definitely open to other readers.

So basically, if you’ve read the Wicked Lovely series, this is a MUST READ! But there are other non-WL stories that are good. I especially liked the Selkie story. I hadn’t expected such a happy ending, but I loved it.